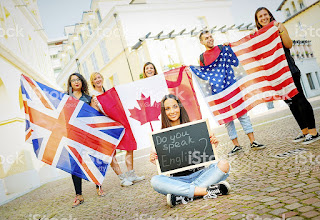 
2. Lee y escribe en tu cuaderno la conversación sobre ganarse la lotería, subraya de amarillo las oraciones que veas en CONDICIONAL y luego contesta las preguntas.
Abigail: Norman, guess what! I almost won the lottery yesterday.Norman: Really? How much money was that?Abigail: 5 million dollars. What would you do if you won the lottery?Norman: I would travel around the world with my family and friends.
Abigail: If you could go anywhere in the world, where would you go?
Norman: Let me see. Oh! I would go to New Zealand. I have heard the landscapes there are awesome.Abigail: Yeah, I have heard that too.
Norman: What about you? What would you do if you won the lottery?
Abigail: Well, I would invest all my money on real state.
Norman: Oh, come on Abigail! Don’t be boring. Say something cool. Would you buy a mansion?
Abigail: If I had enough money, I would buy a mansion in Los Angeles.
Norman: What would you do if you lived in Los Angeles?
Abigail: Well, I would go to parties and I would meet and marry a famous actor.
Norman: Who would you marry?
Abigail: Johnny Depp. He’s so handsome and interesting.
Norman: Abigail, remember that I’m your husband but if you want to marry Johnny Depp, we can get divorced now.
Abigail: Ha ha! Don’t be silly, honey. I love you.
3. Lee y escribe en tu cuaderno la conversación entre oscar y Talia acerca de trabajar o no el fin de semana y luego completa las oraciones con el primer condicional, utilizando los verbos dados al final. Ojo con el verbo que debe ir en negacion, recuarde la regla (ver los videos)

Are you interested in buying a pet?  What kind of pet should you buy?  If you want a pet that you can play with, buy a dog.  Dogs make wonderful pets.  They are affectionate and playful animals and they can even protect your house.
If you want a quieter animal that will cuddle with you on the sofa while you watch TV, buy a cat.  Cats are clean animals and you don't need to take them out for a walk like you do for a dog.
If you're allergic to animal hair or you live in a smaller place, try a small caged animal such as a hamster.  Hamsters are easy to care for and they won't wake the neighbors.  Mice and guinea pigs are other small caged animals that are very popular.
Birds also make great pets.  A bird cage can fit even in the smallest of apartments.  They can wake you up in the morning with their beautiful song.
Want a pet that requires very little care, is small, and is very quiet?  Try buying a fish.  Watching fish swim around in an aquarium is very relaxing.
Pets can bring a lot of happiness into your life but remember that having a pet is a big responsibility.  Make sure that the pet fits into your lifestyle.  If you love and care for them, they will give you their affection in return.

2. Lee y escriba en su cuaderno la entrevista a Mary Brian, una persona que ha vivido en Australia y Estados Unidos texto, subraya los adjetivos que esten en comparacion y luego contesta las preguntas utilizando los adjetivos comparativos, es decir, no pueden responder "yes" o "no", deben crear una respuesta utilizando las reglas de comparacion.
Reporter: Mary, please tell us what you think about Australia and The United States.Mary: Well, they are really nice countries and I love both of them. They are quite different, though.Reporter: Tell us about those differences.Mary: For starters, the US is larger than Australia and there are more people there than in Australia.Reporter: What about the food?Mary: I love Australian food, especially Cabanossi; it is a type of sausage. Food in Australia is more traditional and spicier than in the States.Reporter: I’ve heard that Americans drive faster than Australians.Mary: Yeah, that’s right. Roads in the US are usually safer and bigger than in Australia so people can drive faster.Reporter: Is it true that people in Australia are taller and thinner than in the US?Mary: I don’t know. Probably you are right, but I am not sure.Reporter: Finally, lets talk about men.Mary: Men are most of the times more handsome in Australia. However, my husband is American and he is pretty attractive.Reporter: Thank you Mary for your time.